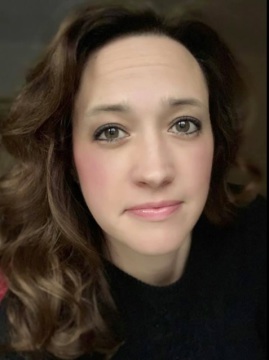 Shelley Novak was born in Atlantic City, New Jersey where she began her stage career at the tender age of 5. She used to be shy and her Mom placed her in pageants to help her overcome her fear of being around people. Ironically, it was that first step onto the stage that blossomed into a love of being in front of an audience. From there, she continued thriving in community theatre, pageants and ballet. Once in high school, she discovered that music was her creative outlet. Wanting to see the world, she decided that joining the military and becoming a member of the Air Force Choir was where she wanted to be. She signed up with a recruiter who then set up an audition in Philadelphia, PA to help her earn her spot in the Air Force Choir. Two days later, the recruiter's office received her medical records and learned that she had Asthma. All at once, she felt like her dreams were shattered. After a long talk with her high school music teacher and mentor, she agreed to audition with the Music department at Pennsylvania State University to become a music student at Main Campus. She nailed her audition and became a Vocal Performance -Opera major, with a minor in Music Theater in the spring of 1994, beginning college two weeks before her high school graduation. Once her college days were through, she took to the stage of her local community theatre before taking a hiatus from the stage, indefinitely. She got married and moved to Virginia Beach, VA in 2000 where she worked for various companies in Engineering Technology. After many years of feeling disconnected and feeling that her heart was missing out on something, she decided to take one last leap of faith in hopes of making her way back into the limelight. In 2016, she signed on with an Acting Agency out of Richmond, VA in an attempt to re-engage herself with her first love - the stage - and since then, she has never looked back.

Connect with Shelley on Social Media!